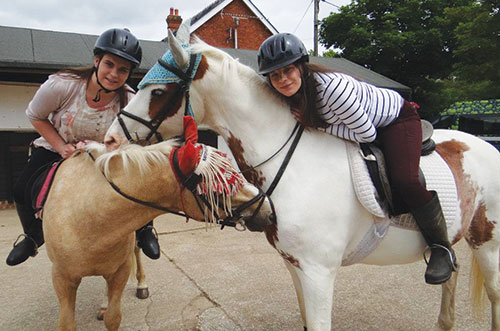 My name is Paris, I’m 18 and live in Leicester…

I grew up quite a healthy child, apart from a couple of broken bones I had never suffered any health issues.

I was 14 when I first discovered a lump in the front of my neck. I can always remember that morning because as soon as I felt it I had this heart sinking feeling it was something bad. My mum took me to see a GP that day and I was told it was probably just a swelling that I shouldn’t worry about and told to come back in 6 months if it was still there.

A couple of weeks passed and I knew deep down that it was something more than what the doctors where making me believe. So I ended up seeing several doctors over the period of a couple of weeks slowly starting to recognise other symptoms such as feeling tired all the time and having a sore neck.

The doctor continued to reassure me that it was nothing. I had a scan and a biopsy which both came back negative. At this point I was starting to doubt myself and wondering if all the symptoms I was suffering were just in my head. A few months passed and yet again with the lump growing the doctors offered me another biopsy. This time it came back positive for cancer.

The day I was diagnosed seems so clear in my mind, I can remember everything about it even down to what music I was listening to on the way to my appointment, the food I ate, who I spoke to and everything that happened. I went to that appointment not thinking much, just expecting them to tell me to stop worrying, maybe some tablets at the most, but I knew from the moment I walked in that room something was wrong. There was my doctor plus 3 other people and I could tell by their faces it wasn’t good news, I had spent months previously Googling my symptoms and every time it kept directing me to websites about thyroid cancer, but I never thought in a million years it would end up like that.

Days after being diagnosed it was a very surreal feeling. I felt so many emotions, but felt so numb at the same time. I felt angry towards the doctors who had told me I was worrying and I was angry at the fact I had to fight to even get referred to the hospital, which all in all took 9 months from first finding my lump to being diagnosed. A week after being told, I had surgery to remove my thyroid and the tumours.

A week or so after surgery I returned to school after the summer holidays entering year 11. I turned up to school with a fresh scar around my neck, which everyone seemed to stare at. People would ask me what happened and I would just make a joke about the story behind it, but looking back now it wasn’t that I was trying to be a comedian about it, but the fact I couldn’t even believe I had cancer in the first place. I felt like I was lying every time the word came out of my mouth. Months passed and people began knowing about the cancer. I started treatment which was radioactive iodine therapy which I received in a specialist hospital 100 miles away from my home in London. The treatment affected me in many ways, but the most is that it made me radioactive so I had to be isolated away from people. I found this the hardest out of all the side effects of the treatment; I couldn’t even sit in the same room as my twin sister let alone carry on going to school.

My twin Paige ended up having to move out of the house for a couple weeks when I’d come home from hospital due to the risk of radiation. I went on to have 2 courses of this treatment, before finally going into remission 18 months after being first diagnosed.

The local Teenage Cancer Trust Support Coordinator at the hospital on day one handed me a leaflet for theYouth Cancer Trust holidays and recommended I take Paige. We eventually got round to booking a trip down to Bournemouth to spend the week doing many different activities. We had lots of fun every day from water skiing to horse riding. There wasn’t a second that went by whilst we were down in Bournemouth that either of us didn’t have a smile on our faces. It was so nice to spend quality time with Paige doing some fun things rather than me being in hospital, and I loved how Paige had the opportunity to come on a YCT holiday as over the years my cancer has pushed her to the side a bit.

Another amazing thing about our YCT holiday was having the opportunity to meet others our age experiencing the same illness. Me and Paige made friends for life during our time at Tracy Ann House, and it’s a place where having cancer seem like a normal thing. It definitely is a home from home and all the staff ensure that you have as comfortable stay as possible. It’s a relaxed holiday and you’re free to do your own thing whilst there too.

We weren’t blessed to have the weather on our side during our break away back in the summer, but despite this there is never a dull moment on one of these holidays. There’s always something for everyone to keep you entertained. We have happy memories that will last a lifetime from our week away with YCT and couldn’t possibly say a bad word about it – it gave me the chance to forget about the stresses of experiencing cancer and see the positive side, it gave me the chance to just be a teenager again and have fun! 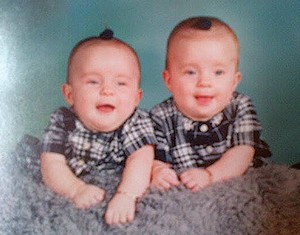 When Paris was first diagnosed it was such a shock, I knew she had been under the weather for months leading up to her diagnosis, but would never have said she had cancer – after all cancers are an old person illness. It was a very emotional time at the beginning for everyone and the times when Paris was in surgery were the worst. She would be in theatre for hours on end and it killed me inside to think of life without her. It was horrible to see her so ill at times and not her normal self. I hated not even being able to have contact with her when she was on treatment knowing I couldn’t possibly do anything.

She didn’t come to school for weeks on end and I missed having her around stuck to the side of me 24/7 like before. Despite cancer pulling us apart physically it brought us closer together as twins, it made me realise how much she really did mean to me.

Paris came home from the hospital once with a leaflet for a Youth Cancer Trust holiday back in 2012. I didn’t think much of it at first because I just thought it was for her because she has had the opportunity to do many amazing things through having had cancer, but she told me that YCT holidays are for patients and a relative. She had no other choice but to take me which I was very grateful for.

We went on a holiday back in May 2012 and despite the 6 hour long journey down to Bournemouth it was definitely worth every second. It was such a nice break away for the both of us and gave us time to just be together and laugh like we used to. We met other teenagers our age, who had experienced cancer, which was nice for Paris, but also allowed me to understand how cancer effects other people as well. Our little break away involved so many fun activities each day and we had the opportunity to do new things we had never done before, like horse riding. We were treated so well by everyone at YCT and they made us feel so welcome and at home. I would love to go back on another holiday, because most of all it gave me the chance to have my twin back and make life long memories.