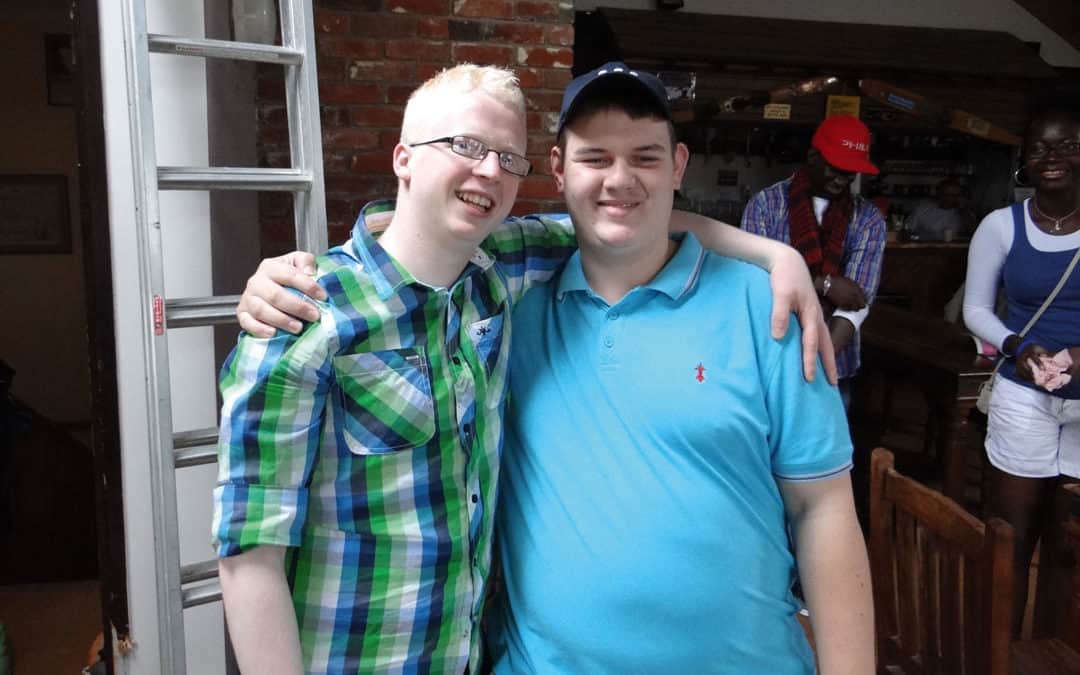 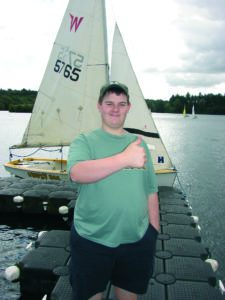 Warren was diagnosed with a brain tumour in September 2003.

“I had been feeling unwell for quite some time. I kept being sick, my mum was really worried and took me to the Doctors who kept saying it was nothing.  Eventually, after going bac  k to the doctors about 7 times, my mum took me to the hospital where they did an eye test there and thenand suspected something wasn’t right.  However, we had to wait a further week for a scan, which then revealed I had a tumour.”

On average it takes 7 months for a teenager or young adult to be diagnosed with cancer.

“I was admitted that same evening to Queens Medical Centre in Nottingham.

Before I was diagnosed, I had told my mum and my Nan that I thought I had a brain tumour … it was as if I knew deep down what it was. Although when they actually told me, it was still a shock”

I was in hospital for 2 to 3 months.  I had brain surgery and a shunt fitted, biopsies and a further 3 operations.  Unfortunately the brain tumour can’t be removed as it’s in a difficult place; it affects my eyes and my hormones.  My right vision is blurred and I have a loss of field vision, I also have to take hormone replacement.  I just have to live with it”

Warren works for the British Heart Foundation 3 days a week in a furniture shop having just finished at the RNIB College where he studied Independent Living, Craft and Drama.

“I would like to become a baker, specialising in confectionary. I took a NVQ level 1 Craft Bakery when I first left school.

Whilst I was in hospital, my teacher was really kind and organised for all my class mates to send me letters.  I came out of hospital on my 13th birthday to a big party organised by my family.  It was great as it was the first time I’d seen my mates for ages.

After Christmas I went back to school for 3 half days each week but had to go back to hospital for regular appointments.”

Warren is a big part of the Youth Cancer Trust family and is loved by all the staff.  He often hand embroiders little gifts for them all as he is a dab hand with a needle and thread.

“I found out about the charity through my M 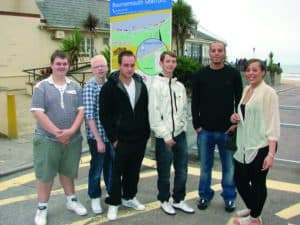 acmillan nurse and came down to Bournemouth for the first time when I was 14.  I brought my cousin, Melissa, with me.  I loved it from day one and have been back every year since then.”

The Youth Cancer Trust provides free activity holidays for teenagers and young adults with cancer from the UK and Ireland.  The young people can come on return visits, which allows them the unique experience of on-going support and lifelong friendships with peers who are going through a similar experience.

“It feels like my second family when I come to the house and it’s helped my confidence greatly meeting so many different people. I always have great fun when I’m here.

It was the first time I had met anyone my own age that had a tumour like me.  My favourite activities are water sports and go-karting and I’m not saying anything about Jim being competitive!”

James Keating, Jim, has been managing the charity with his sister in law, Brenda Clark, (YCT founder) since 1997. Jim has a reputation of being a very competitive participant when it comes to getting behind the wheel of a go-kart.

Two years ago Warren had to go back for further radiotherapy treatment as the tumour had grown. The tumour shrunk by a third following the treatment.

“I live at home with my mum, we are very close. I never had a dad, never met him so my mum’s really important to me along with my 3 older brothers and the rest of my family.

Yesterday, we all went to see the ‘Imbetweeners’ at the cinema, which was brilliant. Today we’re off to water sports and then to Anna & Tony’s house for lunch and to see their dog, Tanzy, who I get on very well with!”

Anna and Tony Taylor, great supporters of the Youth Cancer Trust, kindly provided a lovely lunch and the use of their swimming pool for the day.