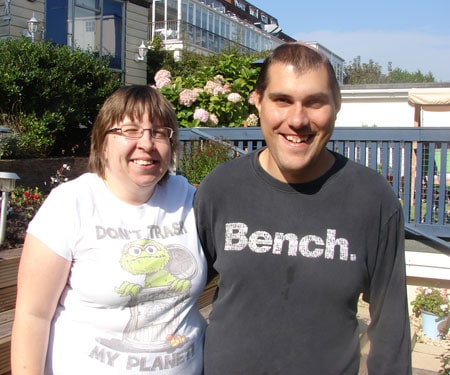 YCT – Increasing the age range
Last year the Youth Cancer Trust increased the age range it provides its holidays for. The increase now includes young adults up to the age of 30.

“Youngsters who had been enjoying a holiday at Tracy Ann House in the past were not able to come again once they reached the age of 25. Following a research project, we realised that this 25 to 30 year old age group were becoming a ‘lost tribe’, no longer able to join in with the younger services available for young people with cancer… put simply they were missing out. Says Brenda Clark (founder of YCT)

“One of the very essences of The Youth Cancer Trust is to help reduce isolation amongst young people with cancer so, once we were given the go ahead by the Charity Commission we got in touch with all the youngsters who had stopped coming because they were too old. The response was amazing.”

Kieran has been to YCT before with his wife Kelly. Kieran is just 30 and comes from Holbeach in Lincolnshire.

“I was 20 when I was diagnosed with a grade 2 brain tumour. I had collapsed a few times and the doctors kept telling me it was nothing to worry about. It took lots of people losing their tempers before they finally agreed to send me for a scan and I was diagnosed. Says Kieran.

“I was told I would only live for 10 years but I’m still here. Says Kieran, with a huge smile on his face. “In fact I feel better than ever.

“When I was diagnosed Kelly and I had a nice home, I was busy at work in agricultural engineering, Kelly worked as a carer and life was good.

Kelly and I have been together since we were 17. She has been amazing throughout and so has my family. It was really hard for Kelly – being a carer as a job and then having to come home and care for me too. It put a lot of pressure on us. She had to get used to pushing me round in a wheelchair at times.

“We are really grateful to YCT for everything they’ve done for us. When we got married we couldn’t afford a honeymoon and their trustee, Jan Roberts very kindly put us up in a hotel and paid for everything!

“Kelly and I love coming here and we’re so pleased we could come back again now the age range has increased. I was worried when I couldn’t come down here anymore as I felt there was no support for me anymore.

“I have been having epileptic fits and they think it might be due to the scarring on my brain. It’s so worrying, but having this holiday booked in has given us both something to look forward to and meeting up with our old friend Vicky has been great. Talking about your worries with cancer really helps me and you can always do that at YCT if you want to. 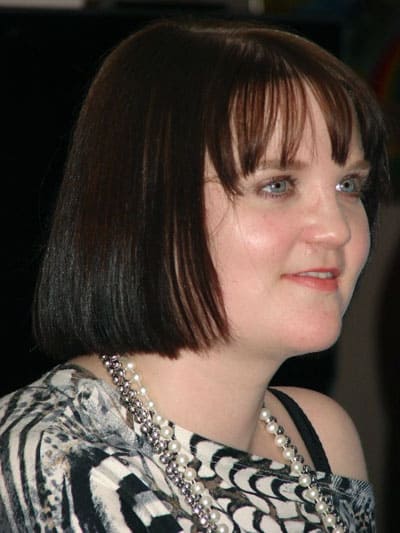 Vicky is 27 and comes from Wakefield

“This visit was all the more special to me as I thought that I wouldn’t be able to come again after my 25th birthday. By changing the age limit YCT has given me back some of the support that I had thought I’d lost for good. Says Vicky

”I joined the Adult Services from the Teenager and Young Adult Services around ten months ago and almost immediately realised that the support I’d received from my liaison nurse and social groups and simply the security of knowing that when you were ill the people who were looking after you were familiar faces, like old friends, was no longer there. Some of the people who looked after me I had known and trusted since I was first diagnosed at the age of six and they had been there throughout my subsequent three relapses at ages 10, 17 and 22. I felt very lost and alone. Once I got to 25 no one seemed to want to know. I was just another file to be got through.

”I know that I am not the only person of my age to have experienced this problem and by raising the age limit I hope that you have set a precedent for other young adult services to follow.

“I seemed to go into remission quite easily but then would relapse again. I’m in remission now and finished my treatment 6 months ago. I had a long drawn out treatment as I had a lot of complications and bad side effects from the chemotherapy.

Vicky has 60% hearing loss from the treatment.

“I don’t know what living a life without cancer is like… it’s been a part of my life for as long as I can remember.

Vicky works as a legal assistant for a group of solicitors who deal with insurance law.

“My employers have always been amazing. They let me swap my days to attend check-ups. They’re really understanding.

“I first met Brenda and Jim at the Sense of Tumour conference where they were handing out leaflets about YCT. I first came for a holiday in 2001 with a friend.

It felt so easy here at Tracy Ann house, nice and relaxing.

“At YCT it feels like you are on a proper holiday. We can’t go abroad as it’s difficult to get insurance cover, so coming here is the next best thing. You also feel safe here as you know there’s medical staff nearby if you need them.

“It’s like an extended family and there are just the right amount of people in the group to be able to socialise together or a couple of you can go into Bournemouth shopping and meet up with the rest of the group later.

“YCT has my utmost respect, love and admiration for who they are and what they do. People don’t stop being ill or needing places like this just because they are 25. I have felt forgotten, but thankfully YCT have not forgotten me and I can keep coming to YCT for another 4 years!”

Thank you to Kieran, Kelly and Vicky for their contributions to this story